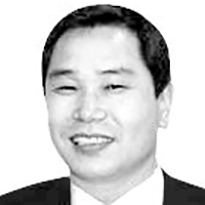 The author is the chief director of the Database Center for North Korean Human Rights.

The tragedies keep coming. Only a few days after a North Korean defector’s skeleton was discovered in Seoul, a young defector in his 20s was found dead in his tiny apartment. After a mother and child who defected from the North were found starved to death three years ago, the government started operating a crisis management organization to support defectors.

It wasn’t enough. The government announced that it will review the entire support system, but that will likely lead to some stopgap measures, as in the past.

According to a recent survey by the Database Center for North Korean Human Rights (NKDB), job stability among defectors is low compared to average people in the South and their average income is about two thirds that of South Koreans. The report is not much different from a survey from 20 years ago, when the research began. The health conditions of defectors are also poor. Because of illnesses, they have hardship at workplaces and in their lives. They experience discrimination just because they are from North Korea.

Defectors are often called the “unification that came first,” but their lives are different from ordinary people in the South. Of defector households in the South, 66.2 percent said they had wired money to their families and relatives in North Korea. Sending money to the North is an open secret in the defector community. And most of the transfers were made at the request of their families in the North. Although their incomes are about 70 percent of the average for South Koreans, they cannot turn down requests from their North Korean families by citing hardships here. Because of the guilt that their families suffered harsh punishments due to their defections, they send money even if it forces them to borrow money from loan sharks.

When careers faced obstacles due to their North Korean accents and livelihoods were threatened — and when the period of economic hardship grew longer — they may think about relocating to the United States or Europe. Or they may make extreme choices of giving up hope altogether. Suicides and tragic deaths — even a death from starvation — are continually reported. They are not dying because they have nothing to eat but because they lost hope.

It is rare in the South that someone dies of starvation because of a lack of food. They risked their lives and left their families to live in the South, but their pride was destroyed by the misery of here and they want to hide it. A body that lost hope was found years later as a skeleton, meaning that even the social network, essential for human life, had been severed.

Despite the government’s support, defectors have difficulty settling in the South and experts demand a complete revamp of the support system. The problem is the service delivery system. Support policy for the defectors have a different delivery system from that of general welfare and administrative systems. The Ministry of Unification operates 25 Hana Centers around the country to offer education and services to 33,000 defectors.

Various welfare and administrative services for the defectors’ social adjustment are being offered by 25 Hana Centers, not by the 3,500 community centers around the country. Except for Gyeonggi province and Seoul, one Hana Center is located in each metropolitan city and province. Although social welfare centers, community centers, and city and provincial offices are located in their residential areas, defectors are considered “special people” for their rest of lives and receive separate services from Hana Centers alone.

Defectors are citizens of the Republic of Korea, too. They are voters who elect mayors, governors and local representatives. The support system for the defectors should be changed so that local administrative and welfare offices can offer services with responsibility. This separation causes discrimination and isolation, not special protection.

Welfare and administrative services for the defectors could be improved when the Ministry of the Interior and Safety takes the main role while other ministries, including the Ministry of Health and Welfare, cooperate. If the Ministry of Unification — which has no local sub-organizations around the country — is in charge of offering assistance to the defectors, the 500 social welfare centers in the neighborhood cannot offer services although they have manpower and professional service capabilities.

Blind spots will disappear when local administrative and welfare offices and neighbors show engaging attitudes toward defectors. Active efforts of the defectors to settle in the South, a pragmatic support policy and local community’s engagement should be harmonized.

G20 losing its role in the neo-Cold War

An ode to books