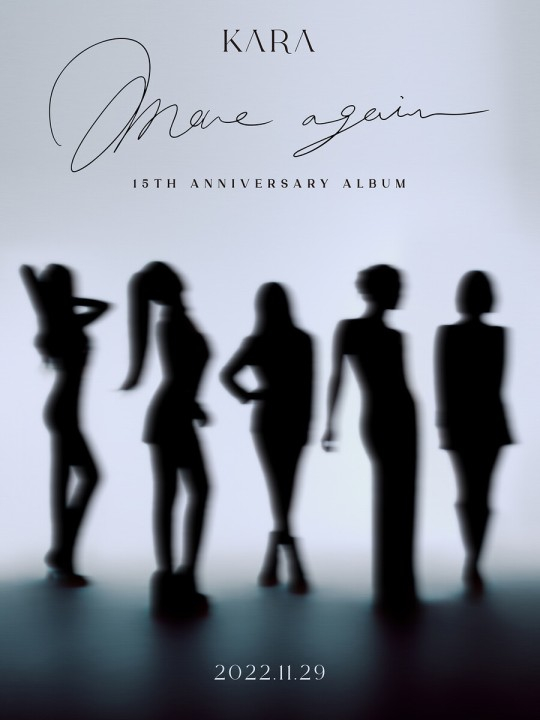 This is the first new album since its seventh EP “In Love,” released in May 2015.

A teaser poster image was revealed the same day, showing silhouettes of the group’s five members.

The girl group currently consists of members Gyuri, Seungyeon and Youngji. Members Nicole and Jiyoung, who left the group in 2014, have rejoined for the new release.

In December, the group will release a Japanese version of the album and hold fan meets in Osaka, Fukuoka and Tokyo.