Kwon Soon-woo plays the ball during the first round of the U.S. Open against Fernando Verdasco of Spain in New York on Tuesday. [SCREEN CAPTURE]


Kwon Soon-woo won his first round clash of the U.S. Open against Fernando Verdasco of Spain three sets to one on Tuesday.

Kwon took the first set 6-2 after breaking the Spaniard’s last serve. He struggled at the start of the second set, conceding his first serve, but quickly caught up, leveling the score to 6-6 and pushing the match into a seven-point tie-breaker. Verdasco was two points ahead at 6-4 and Kwon conceded that last point as his return landed long, losing the second set.

The last set was intense, with both players winning their first three serves. But in the seventh game of the fourth set, Kwon broke Verdasco’s serve after deucing twice, winning the match.

Kwon is now facing an uphill battle in the second round as he is scheduled to face world No. 11 Andrey Rublev on Thursday. Kwon currently ranks at No. 81.

This will be the fourth time Kwon has faced the Russian, losing all three previous encounters. In February, Rublev beat Kwon in the round of 16 at the Rotterdam Open, then two weeks later in the round of 16 at the Dubai Tennis Championships. The most recent time the two played faced each other was at the French Open in July, when Rublev beat Kwon in the first round, three sets to one.

Kwon has this year failed to reach the third round in any of his Grand Slam events, having reached the second round at the Australian Open but losing his first round matches in both the French Open and Wimbledon.

Kwon will also be hoping to go one step further at the U.S. Open. Kwon’s best result at the tournament to date is reaching the second round in 2020, while his best-ever Grand Slam result was at last year’s Roland Garros, where he reached the third round.

But before he faces Rublev, Kwon will first pair up with Belarusian tennis player Ilya Ivashka to play the first round of the men’s doubles.

Kwon has reached the third round of the men’s doubles at the Australian Open this year, failing to reach the second round in the French Open and Wimbledon. 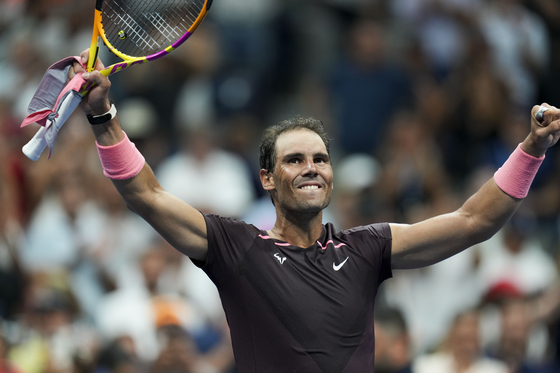 Rafael Nadal of Spain celebrates after winning the men’s singles first round match against Rinky Hijikata of Australia at the 2022 U.S. Open in New York on Tuesday. [XINHUA/YONHAP]


With day two of the U.S. Open now officially in the books, 22-time Grand Slam winner Rafael Nadal of Spain stepped onto a U.S. Open court on Tuesday for the first time since winning the tournament in 2019. He had skipped the 2020 tournament due to the spread of Covid-19 and in 2021 due to a foot injury.

After conceding the first set, Nadal eventually beat Rinky Hijikata of Australia three sets to one after a grueling three hours and 34 minutes on Tuesday to advance to the next round. 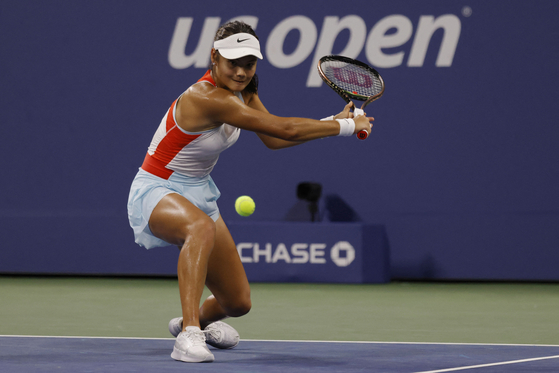 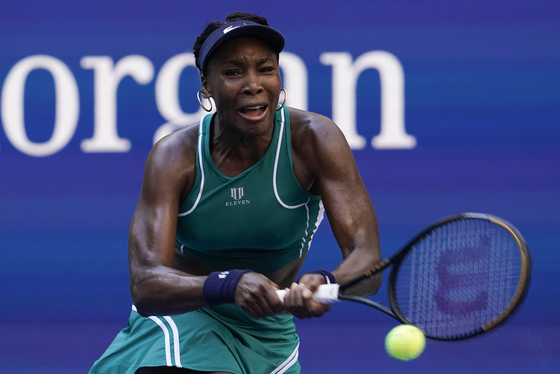 Venus Williams of the United States returns a shot to Alison Van Uytvanck of Belgium during the first round of the U.S. Open on Tuesday in New York. [AP/YONHAP]


In the women’s singles, two-time U.S. Open champion Naomi Osaka lost her first round match against Danielle Collins on Tuesday in two straight sets while reigning champion Emma Raducanu of Britain also is now out of contention after a 6-3, 6-3 loss against French player Alizé Cornet.

Venus Williams, Serena Williams’ sister, also bowed out of the U.S. Open in the first round after Alison Van Uytvanck of Belgium beat her in two straight sets on Tuesday. It was Venus’s 23rd U.S. Open, 25 years after her debut in 1997 as a 17-year-old.

Twenty-three-time Grand Slam winner Serena Williams on Monday opened what is set to be her last Grand Slam with a victory, beating Danka Kovinić of Montenegro in two straight sets in the first round of the U.S. Open.

She will next face world No. 2 Anett Kontaveit of Estonia in the second round, scheduled to be held on Wednesday evening. It will be the first time the two players have faced each other.