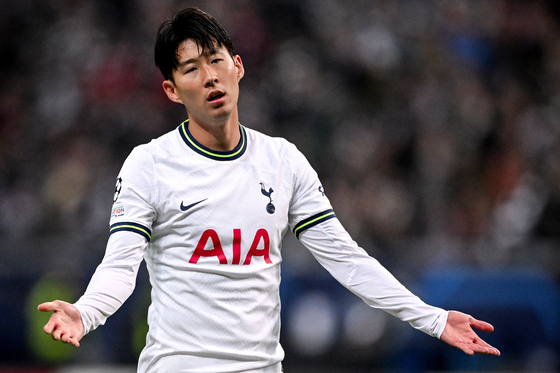 
Tottenham Hotspur struggled in a Champions League clash against Eintracht Frankfurt on Tuesday, ending up with a 0-0 draw after a fairly unimpressive performance from practically everybody on the pitch at Deutsche Bank Park in Frankfurt, Germany.

Spurs manager Antonio Conte opted to field the exact same squad that struggled so much against Arsenal three days earlier — that North London derby ended in a humbling 3-1 defeat and a red card for Emerson Royal — presumably hoping that they might be able to redeem themselves in Germany.

But redemption wasn’t on the cards on Tuesday, and it was another humbling result for a squad that, on paper, is still the third-best team in the Premier League this season.

Korean forward Son Heung-min played the full 90 minutes, as did long-time playmaking partner Harry Kane. Neither were able to make much of an impact in front of goal, although both Kane and Richarlison, who played 79 minutes, both missed some good opportunities.


Luckily for Spurs, Frankfurt also had a disappointing game.

For the German side the result is perhaps more forgivable, given that they were facing Bundesliga relegation just five years ago and now sit as the reigning Europa League champions and Champions League contenders, but it still isn’t the result Frankfurt were looking for as they sit just outside the top two in Group D, losing out to Spurs on goal difference.

Frankfurt have held their own so far in the group stage, dropping their opening game to Sporting Lisbon before beating Marseille and tying with Spurs. Tottenham have the exact same list of results, while Sporting top the group with two wins and a loss after taking a surprise 4-1 beating from Marseille on Tuesday.

The second legs of the Champions League group stage will play out in reverse order, meaning that both Spurs and Frankfurt will get another crack at securing a real result next Wednesday, when Eintracht travel to London.

Returning to the Premier League this weekend, Spurs will take on Brighton on the road. While in previous years the south coast side might have seemed like a bit of a soft target, Brighton currently sit in fourth place as of press time, just three points behind Spurs.