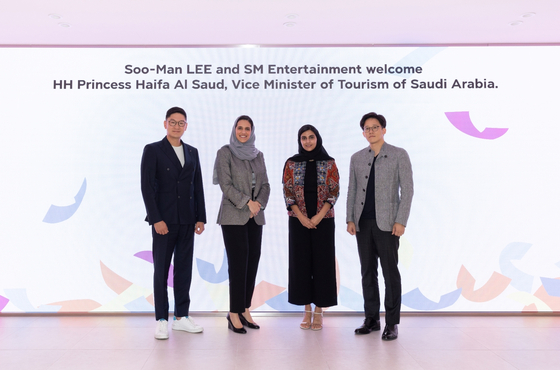 The CEOs met with other officials from the Saudi Ministry of Tourism as Princess Al Saud is also the Vice Minister of Tourism.

The two parties discussed hosting an SM concert “SMTown Live,” a joint concert featuring artists in SM Entertainment, in Saudi Arabia as well as creating video content or festival venues in the country as ways for them to collaborate on new cultural projects.