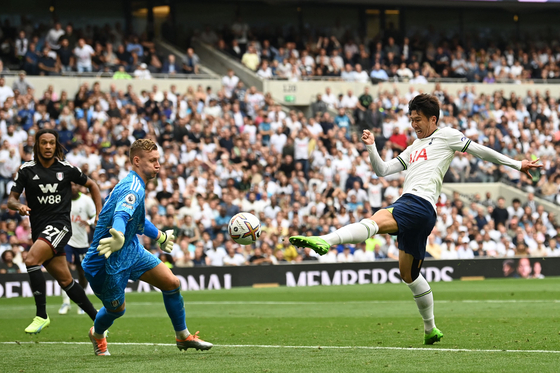 
Son Heung-min is still on the hunt for his first goal of the 2022-23 Premier League season as he once again struggled to find the back of the net in an otherwise solid outing as Tottenham Hotspur beat Fulham 2-1 on Saturday.

Son played 84 minutes at Tottenham Hotspur Stadium in London and proved productive in a tweaked Spurs lineup that made better use of the significant speed of the Korean forward and Brazilian teammate Richarlison, as well as allowing Ryan Sessegnon to really shine on the wing.

Son had a couple of good chances, with a goal ruled offside early in the opening frame and another solid shot rebounding off the crossbar later in the first half. Despite his obvious disappointment, Son connected well with Sessegnon, Richarlison and Harry Kane and did everything but score, playing well across the pitch in a very energetic performance.

The two Tottenham goals went to Pierre-Emile Hojbjerg in the 40th minute and Harry Kane in the 75th, while Fulham were able to get one back in the 83rd with a well-placed shot from Aleksandar Mitrović. Richarlison looked to add No. 3 for Spurs in injury time at the end of the second half, but the goal was ultimately ruled offside. 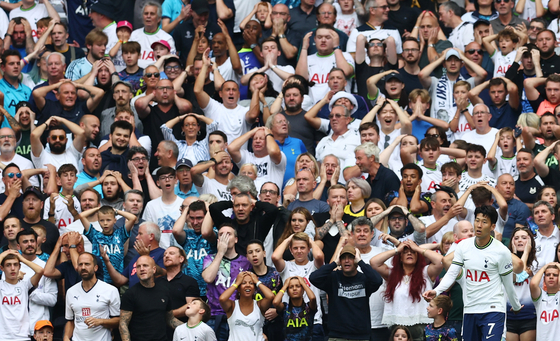 
While the result sees Spurs tie their greatest-ever start to a Premier League season, alongside 2016-17, for Son it means the reigning Golden Boot winner has now gone six games into the new season without a single goal to his name.

Speaking after the game, Tottenham manager Antonio Conte was firm in his belief that there is no reason to be concerned about Son’s start to the season.

“I continue to tell you I am not worried because when I see this type of performance from my players, Sonny included, I am not worried,” Conte said. “I know they are going to score many goals with these strikers.”

The pundits clearly shared that opinion, with Football.London still giving Son an eight out of ten for his performance on Saturday, with only Kane, Richarlison and Sessegnon scoring higher.

“Found the net with an inswinging cross early on but goal was ruled out for offside,” Football.London said, “before then hitting the crossbar after linking up extremely well with Kane ten minutes before half-time. Really energetic performance from the player as he did everything but score.”

Spurs have a busy week ahead as they will next face Marseille in the first group stage game of the Champions League on Wednesday, before taking on Manchester City in the Premier League on Saturday.