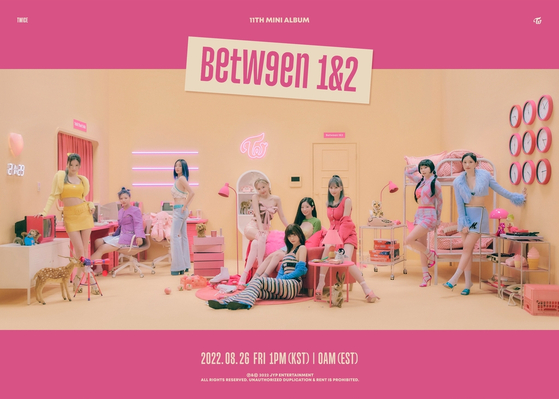 
Girl group Twice’s latest EP “Between 1&2” stayed in the Billboard 200 albums chart’s top 10 for the second week in a row.

Dropped on Aug. 26, the group’s 11th EP is the first music to come from the girl group since all nine members renewed their contracts with JYP Entertainment. Twice debuted under JYP Entertainment in 2015.