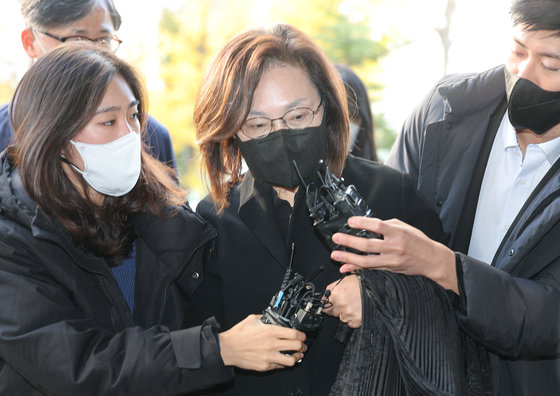 
Police brought in a Yongsan Ward chief for questioning on Friday as part of an investigation into the crowd crush in Seoul’s Itaewon neighborhood.

Park has been booked on charges of professional negligence resulting in the deaths of at least 158 people, mostly those in 20s, on Oct. 29. She has also been banned from leaving the country.

Asked about her charges upon arrival at the building, Park simply said, “I will faithfully undergo investigation.”

The team is investigating whether Park had sufficient disaster prevention planning for the Halloween crowds in advance and whether she was faithful to her duties to promptly respond to the accident.

Also under scrutiny is whether the ward office’s ordinance, adopted in April, allowing restaurants in its district to double as clubs had anything to do with the accident’s high death toll.

Former senior emergency monitoring officer Ryu Mi-jin, who was in charge of police in Seoul at the time, will also appear for questioning at 4 p.m., officials said.

Ryu, who was temporarily removed from her post, has also been booked on a dereliction-of-duty charge.